Following its re-release earlier this year on consoles, Baldur’s Gate: Dark Alliance has finally released on PC today. No, not the sort-of-reboot from this summer. That’s Dungeons & Dragons: Dark Alliance, a very different game. We’re talking about the OG! It’s been a 20-year journey for the action RPG, first released on PlayStation 2 in 2001, that saw ports on Xbox and Gamecube, but never Windows until now.

While its store description says it uses the 3rd Edition Dungeons & Dragons rule set, Dark Alliance plays out more like Diablo than the more strategic-feeling Baldur’s Gate titles. You’ll play as one of three characters representing the archer, fighter, and sorceress classes, fighting hordes of mystical minions, and taking quests through Black Isle Studios’ rendition of the Forgotten Realms. 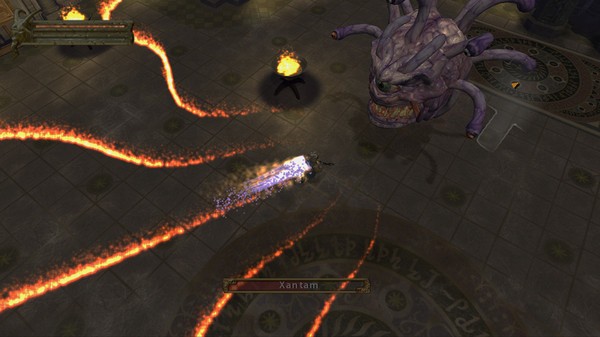 This updated release features higher resolutions (up to 4K!), solo or co-op play, and full controller support on PC. For those reading this, who prefer playing on console, you’re in luck. Baldur’s Gate: Dark Alliance is available on PlayStation 5, Xbox Series X/S, PlayStation 4, Xbox One, and Switch, too.

And now we wait patiently for Dark Alliance 2 to surface on current hardware. Once, again, we are not talking about a sequel to this summer’s game with a similar name.

Have you played the PC version of Dark Alliance yet, or even the console ports? How does the game hold up after all of these years? Conviene in the comments and chat with us about it!