More specifically, E-Line Media revealed in a new launch trailer for the Switch version of this heartwarming game that it will hit the handheld-hybrid home console on February 24. That same trailer also has a tease for Never Alone 2 in it, so it’s never been a better time to run through the original game.

“Winning the ‘Best Debut Game’ BAFTA in 2015, E-Line Media collaborated with the Iñupiat to create this atmospheric puzzle platformer, and Never Alone was recently immortalized as part of Smithsonian’s FUTURES Exhibition,” a press release reads. “In 2021, the Smithsonian debuted the FUTURES Exhibition in celebration of its 175th anniversary.

“Known as ‘Kishima Ingitchuna’ in the Iñupiaq language, Never Alone immerses players in an atmospheric puzzle platformer in the role of a young Iñupiaq girl and an arctic fox, combining traditional stories, settings, and characters that have been handed down over generations by the Iñupiaq people whose roots and heritage date back millennia. It features imagery and themes drawn directly from Iñupiaq and other Alaska Native cultures, contains striking visuals that emphasize the sensibilities and perspective of these indigenous Arctic peoples, and allows players to work cooperatively to succeed in challenging and harsh environments.” 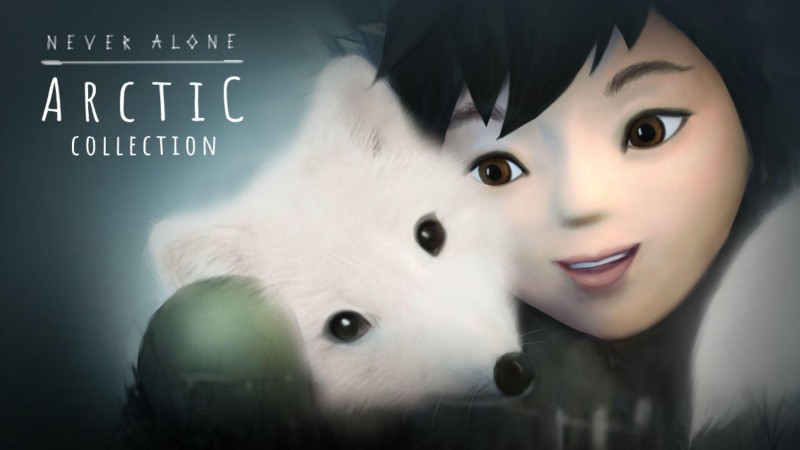 You’ll be able to play through both Never Alone and its Foxtales DLC when the Never Alone: Arctic Collection hits Switch on February 24. As noted in the trailer, E-Line Media has teased a sequel with news that Never Alone 2 is now in pre-production.

Check out our thoughts on its original release in Game Informer’s Never Alone review for more about the indie.

Are you excited to check out Never Alone on Switch later this month? Let us know in the comments below!