The Lord of the Rings: Rise to War not only features a faithful rendition of Middle-earth from the insanely popular fantasy franchise, but it also brings to life all the fan-fave characters in an engaging strategy game for mobile. The impressive accuracy of the elements from Tolkien’s creation also shines in the different Factions players can choose from upon starting the game, which will depend on playstyle and tactical advantages for every group.

Your Faction will determine your position on the map, your starting Commander, as well as the troops and unit buffs your army will have as you progress through the game. More than choosing the Faction that looks the coolest to you, here are some of the factors to consider when picking your side.

Rohan
With its open plains and adept Horse-lords, Rohan is home to franchise fave Éowyn. The kingdom is known for the Rohirrim who patrol the mountains, and its capital Edoras is governed by King Théoden.

This Faction’s special ability is Forth Eorlingas, boosting the march speed of your army by 3% and giving you a quick advantage in battle. Players who pick this Faction can also make use of the Marshal special unit.

The capital of Gondor is Minas Tirith, and its symbol is the White Tree. The multi-tiered city was actually the last line of defense for the former capital, Osgiliath. When Osgiliath fell, Minas Tirith became the new capital since it was “a strong citadel…and not to be taken by a host of enemies (The Return of the King, Book Five, Chapter 1).”

Arnor
A sister kingdom of Gondor, Arnor is also governed by a common High King, with Annúminas as its former capital. Eventually, the northern kingdom relocated the capital to Fornost Erain, and Annúminas now abandoned.

Arnor’s special ability is Land of Kings – a fitting name since its special unit is the Ranger of the North. The Faction’s special skill decreases construction costs by 5%, giving players a welcome boost when fortifying their settlements.

Lothlórien
The kingdom of the Elves is located across three regions on both sides of the Misty Mountains. Caras Galadhon serves as its capital, nestled in the Mallorn trees of the Lórien forest. Galadriel and Celeborn govern the Galadhrim here, protected by Galadriel’s magic from her Ring of Power.

Players who pick this Faction can take advantage of the Elven Wisdom skill, which provides commanders a useful EXP gain of 5%. The special unit is the Marchwarden and is an exciting choice for players who prefer elven armies. 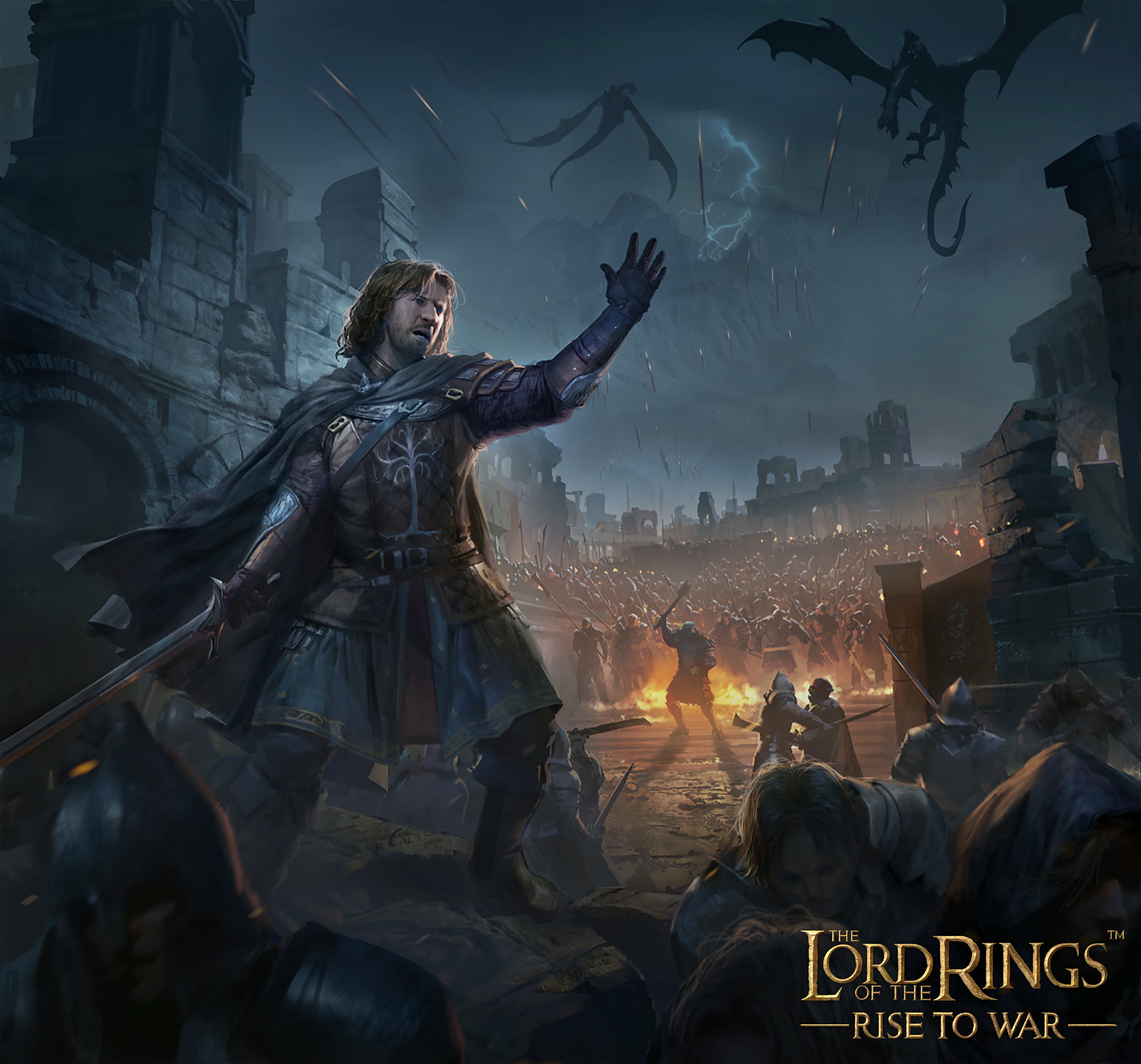 Lindon
Another Elven territory, Lindon is the home of High Elves. Its capital is the port city of The Grey Havens, giving Elves access via boats to the Undying Lands. It is from here where Bilbo and Frodo sailed out at the end of their story.

This Faction’s special skill is called Praised Land, which boosts wood and grain collection yield by 10%. The special unit type is the Ñoldor Longshot.

Erebor
Players have plenty of options for Men and for orcs, but Erebor is the only Faction that lets them use Dwarves. Erebor is home to the toiling Dwarves in the subterranean territories of the Lonely Mountain near the Iron Hills. It is here where the dragon Smaug once laid siege to the kingdom.

The Faction’s special skill is called Sons of Durin. This decreases conscription time by 5% and offers players the Iron Warrior as a special unit type.

Mordor
As the ever-popular domain of Sauron, Mordor offers a strategic geographical advantage for players as it is walled in by the Ephel Dúath and Ered Lithui. The fires of Mount Doom are responsible for forging the One Ring, and its capital is Barad-dûr. “Then at last his gaze was held: wall upon wall, battlement upon battlement, black, immeasurably strong, mountain of iron, gate of steel, tower of adamant, he saw it: Barad-dûr, Fortress of Sauron. All hope left him (Fellowship of the Ring, Book 2, Chapter 10).”

If you’re looking for the ultimate big baddie Faction, Mordor is the way to go. The Land of Darkness special skill provides a nifty increase of 5% when it comes to resource production, along with a Ravager special unit.

Isengard
Saruman rules the impenetrable tower of Orthanc in Isengard, which is also its capital. Orthanc was built by the Dúnedain during the Second Age and is under the protection of the wizard. This Faction offers players the use of the stronger Uruk-hai orcs, as well as the Ring of Iron special skill that decreases conscription costs by 10%. The Faction’s special unit is the Snaga Thrak.

Rhûn
With its capital city of Kineland, Rhûn offers players access to the Easterling tribes of the eastern deserts and the shores of the Sea of Rhûn. A hidden gem, this Faction provides a 10% boost to damage dealt to non-player armies with its Eastern Traveler special ability. Players can also use the special unit type War Chariot here.

Angmar
Ringwraiths, anyone? Sindarin for “Iron Home”, Angmar is ruled by the Witch-king of Angmar and was founded in the Third Age. Its capital is Carn Dûm and was made to cripple the northern kingdoms of Men. This Faction’s Steel Home special skill boosts siege damage by 5% and offers players the chance to use the Fallen special unit.

The Lord of the Rings: Rise to War is available worldwide on the Google Play Store, App Store and Galaxy Store.

This article is sponsored content written by TouchArcade and published on behalf of NetEase to promote a guide to the Factions in The Lord of the Rings: Rise to War. For questions or comments, please email [email protected]